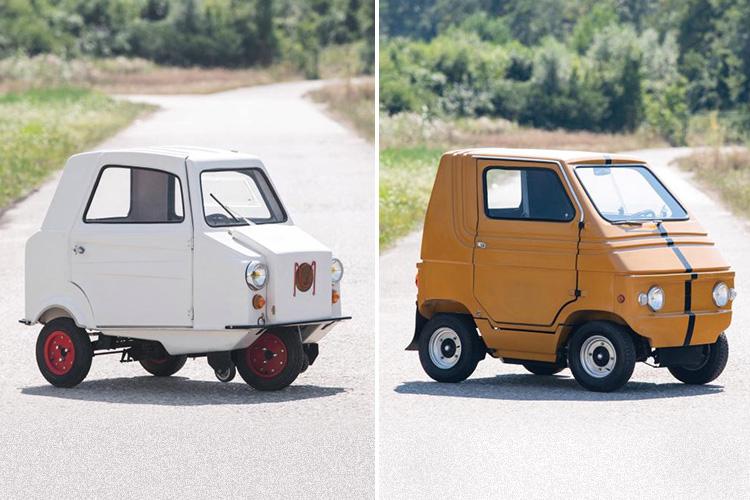 WOULD you drive one of these tiny motors?

Two of the world’s smallest and most unusual cars are going under the hammer in London next month.

But while they might be perfect for whizzing around the UK’s congested cities, they aren’t exactly the most practical.

Both being sold off at the RM Sotheby’s Battersea auction on September 5, the first of the pair is a tiny two-seater electric.

The Zele 1000 was built by Zagato, the world-famous design house better known for penning some of the most exclusive Aston Martins and Maseratis.

The pint-sized 1974 model is powered by four 12-volt batteries which are charged by plugging them directly into the main supply via a transformer.

It has a range of just 50 miles, and a crawling top speed of 25mph.

At less than two-metres long, the Zele was driven by its original owner for 11 years before being passed through two private collections and subject to a full nut-and-bolt restoration.

The compact yellow motor is one of just 500 ever built.

The second tiny car due to be sold off is a 1975 ACOMA Mini Comtesse, a French-built three-wheeler.

And the unusual car has an even slower top speed of 20mph.

Despite being a single-seater, the ACOMA has two doors – a conventionally hinged door on the driver’s right and a roof-hinged gullwing door on the left.