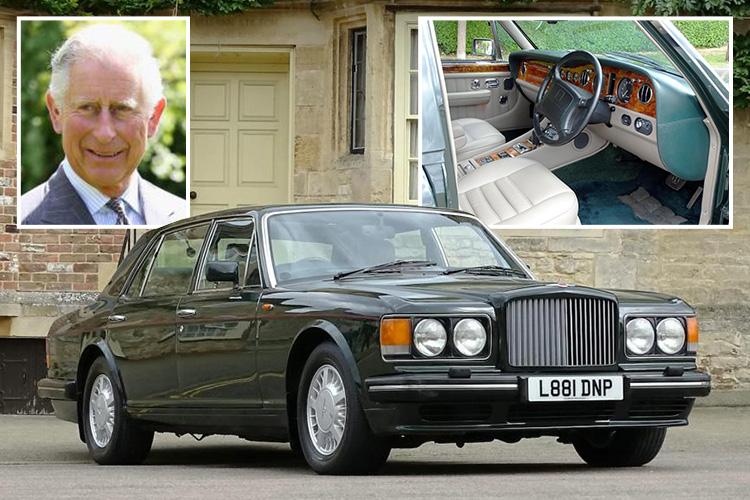 A POWERFUL Bentley once owned by Prince Charles could be yours for just £12,000.

The 1994 Turbo RL limousine was part of the Royal fleet for two years, after it was bought from new for the heir to the throne.

Charles was chauffeur-driven in the £80,000 motor until 1996 when it was sold on to a private owner.

The car is now set to go up for auction later this month, and could sell for as little as £12,000.

The motor is a far cry from the electric Jaguar I-Pace the Prince took delivery of last month, with the Royal now much more eco-conscious.

Fitted with a huge 300bhp 6.75-litre V8 engine, the gas-guzzling Bentley weighs in at more than two tonnes and manages just 13 miles to the gallon.

But the four-door car still delivers reasonable performance stats, capable of 0-60mph in seven seconds and a top speed of 140mph.

Inside, the ex-Royal motor has leather seats, a walnut trim and rear reading lights.

The Bentley has had two owners since leaving the Royals and has covered more than 140,000 miles in less than a quarter-of-a-century – but its records show a near impeccable MOT history since 2006.

It was serviced in June and comes complete with an extensive maintenance history, original handbooks and service books, large collection of invoices and has valid MOT until July 2019.

James McWilliam, from the H&H Classics sales team, said: “One can only wonder who sat on these seats beside the famous owner, where they went and what the conversations might have been?

“So this Bentley would have been owned by Prince Charles during the time that his life was moving into a new phase, post Diana.”