Latest UK NewsThe latest breaking news from the UK
Home Motors You’re in luck if selling one of these cars – as they...
Facebook
Twitter
Pinterest
WhatsApp 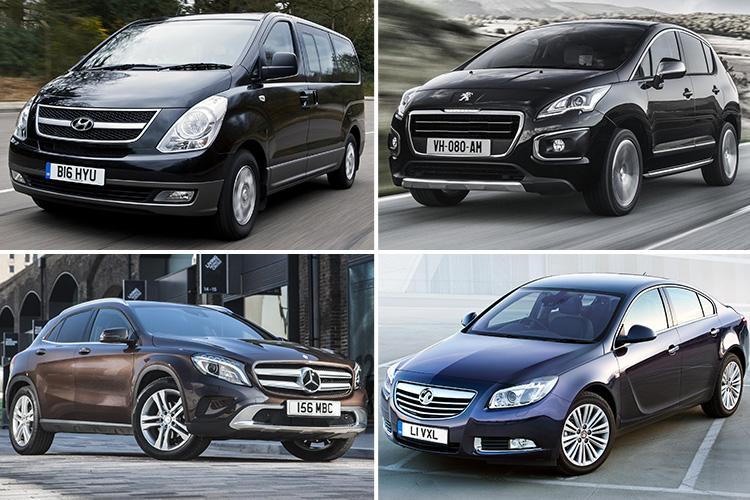 IT TAKES just 15 days to sell a used Mercedes-Benz GLA-Class online, with the 2015 manual diesel model proving most popular.

The average sale price of the SUV was £17,132 on AutoTrader last month.

The online marketplace released its top 10 fastest selling second-hand motors today, with the 2016 GLA also coming in at ninth place – taking 20 days to sell on average.

By region, the 2015 GLA took only a week to sell on average in the North West – the joint quickest alongside London’s love of the 2015 Vauxhall Zafira.

The cheapest car on the list was the third-placed Vauxhall Insignia that had a £4,874 average retail price in September.

Surprisingly, only one motor in the top 10 was a petrol – with all others fuelled by diesel.

This differs from September’s new car sales, where diesels only claimed 29 per cent of the market share, compared to petrol motors’ 64 per cent.

Diesel also suffered a 42.5 per cent drop in new car registrations year-on-year, according to the SMMT (Society of Motor Manufacturers and Traders).

Meanwhile, large cars – SUVs, MPVs and crossovers – dominated the top 10, with the Insignia and Mercedes A-Class being the only smaller hatchbacks.

Karolina Edwards-Smajda, AutoTrader’s Director of Commercial Products, said: “With the autumn and winter months closing in, it’s no surprise to see that SUVs are topping the list as most popular.

“More surprising perhaps, given the huge decline in the new market, is the ongoing resilience of used diesels. As we’ve seen elsewhere on our marketplace, they’re also retaining their value.

“That’s because for many motorists they are simply the best option available – particularly those that drive long distances and are looking for the efficiency that only a diesel can offer.”